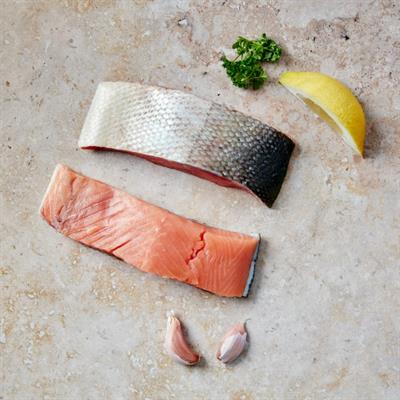 Sole of Discretion's Keta Salmon comes from two different fisheries, one from indigenous fishers near the Kotzebue Sound to the north of the Bering sea, and the other from South East Alaska, Crawfish Bay.

Kotzebue Keta is the only commercial fishery for wild salmon in North America above the Arctic Circle. The fish are all caught in Kotzebue Sound which is very shallow and is fed by the two rivers the Kotzebue Keta spawn in called the Kobuk and Noatak.

The fisherman here are Inupiat inuit descendants and are allowed to fish 10 hours a day starting on July 10th through to the end of August. Ice is taken with the fishermen in the morning and they deliver their catch once, twice or even three times a day depending on how fishing goes that day.

The Crawfish Bay Keta is fished by members of Alaska’s oldest fishing cooperative. Sole of Discretion met with the regulators in Juneau during a recent visit and were reassured that the fishery is well managed and is one of the best examples in the world of a well-managed fishery.

This fishery operates in an area where ‘enhanced’ fisheries from hatcheries operate and they release 2 gram fry into the open sea to augment and supplement the wild catch. For a fisherman, it’s not possible to tell whether the keta is a hatchery fish or a wild fish but evidence suggests that since they started back in the 1970s, the increased catch of keta has not been at the expense of the eco system.