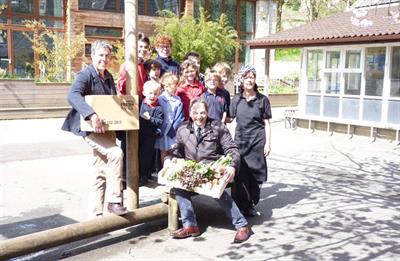 "Tendering to supply local government, hospitals and schools has historically not been a simple matter, but a pioneering pilot scheme relating to the provision of school food has begun in Bath & North East Somerset.  Until now, it was customary for one supplier to be appointed for each food category. “Local farmers and smaller suppliers said that the previous system made it difficult for them to participate,” says Richard Howroyd, head of strategic procurement and commissioning at Bath & North East Somerset Council (BathNES).  “As a council promoting local food, it made sense to look at local procurement.”

The council has recognised that the biggest problem is logistics; organising distribution of food from numerous suppliers to ensure that schools have the food they need each day is no mean feat.  As a result, it is working with the Bristol-based, independent online food store fresh-range to pilot a system."