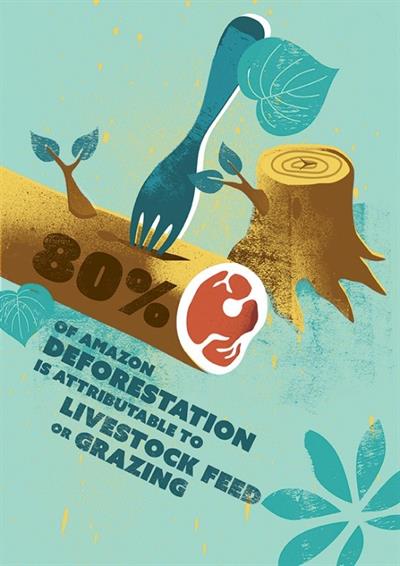 Though you may not have heard of it yet, the flexitarian diet is becoming increasingly popular. This is particularly true in Bristol where a new campaign group, Flexitarian Bristol, are aiming to make Bristol the UK’s first flexitarian city. With more and more of us concerned about the wellbeing of both ourselves and our planet, its increasing popularity is unsurprising as the diet proffers to benefit the individual, the community and the animals of land and sea. Flexitarians consume a predominantly plant-based diet with the occasional addition of meat, fish and seafood. The regularity of a flexitarian’s meat consumption isn’t strictly defined; some consume meat a few times a week, whilst others restrict their consumption to the rare occasion. As the name suggests, the nature of the diet is a flexible one; a viable option for those who want to cut down on meat without converting to a fully vegetarian or vegan lifestyle.

So, what are the advantages? There are potential health benefits to the flexitarian diet. Red meat is considered to be high in saturated fat, so reducing your consumption could have a positive impact on your health by decreasing weight, lowering cholesterol, and reducing risk of heart disease. Processed meats, with high levels of salt and chemicals, have been found to have a negative impact on one’s health, contributing to cardiovascular disease and even certain cancers. There is, however, a lot of conflicting research around meat and how “healthy” it is. Meat is high in protein and rich in many vitamins and minerals. Though it may be high in saturated fat – some cuts more than others - red meat remains one of the most nutritious foods you can eat. This is particularly true when the meat comes from animals that have been pasture fed and raised naturally, as they are on the farms of fresh-range producers such as Langford Farm Organic and The Story Organic.

All the organic beef listed on fresh-range is pasture fed and traditionally dry aged.

The flexitarian diet proposes to support animal welfare, as any meat consumed by a flexitarian should be organic and/or free-range. This dimension of flexitarian values is conducive to our own here at fresh-range, as we deem high animal welfare as a top priority. Our online store includes producers with the highest animal welfare standards. Our organic producers are certified by the Soil Association– widely accepted as having the highest welfare requirements in the UK. This element of the diet would appeal, I believe, to many who share our view that the food we eat must be sourced ethically.

What about environmental benefits? Flexitarianism takes into account the impact that mass meat consumption has on the environment due to CO2 emissions and the deforestation which takes place to accommodate for the vast amounts of space needed to grow animal feed crops. This is another reason that fresh-range only work with local farms, as the farming practices they employ do not have the same negative impact on the planet. Buying meat from farms that adhere to good farming practices helps to make our meat consumption far more sustainable.

As a diet theory, the flexitarian diet has positive qualities. It doesn’t call for drastic elimination of major food groups, instead encouraging moderation and mindfulness. As a lover of meat, I personally wouldn’t want to eliminate it from my diet entirely. However, I don’t think replacing a few meals with vegetarian alternatives is a bad thing. It could certainly act as a catalyst for more positive engagement with food, encouraging us to get adventurous in trying new ingredients and creating new dishes.

Interested in the principles of the flexitarian diet and want to find out more? Visit the Flexibristol website via the link below.