Tim had been making cheese for over a decade before tasting ewe’s milk. At first sip he decided that this was the way forward, and in 2008 he and Angela set up a dairy specialising in artisan unpasteurised ewe’s milk cheese. Their two flocks of fluffy ewes scamper around the undulating Chew Valley fields in Somerset, not far from the Ubley dairy, where the Homewood family work their magic on batches of mellow milk.

Both Tim and Angela clearly love the whole process of making cheese, and are staunch advocates for ewe’s milk. Here it’s all about cool, creamy ricottas, fresh curd, pickled ewe’s cheese and pleasingly squeaky halloumi. They churn the white stuff in small batches with rennet, sea salt and cultures to produce cheese with a bit of a tang. Ewe’s milk lends itself to fresh, everyday cheeses. The pickled ewe’s cheese is very similar to feta, and it’s hot stuff in the summer –shelves of the stuff disappear rapidly as they are bought up to add to salads, picnics, quiches and any manner of summery dishes. It’s a similar story with the pots of curd. Fresh, creamy ewe’s curd is just delightful to cook with and easy to dip batons of carrot and cucumber into.

What you may not know:

Unlike your usual cheese process, halloumi is made by cooking the milks in the whey. This changes the composition of the cheese, which is why halloumi doesn’t melt – instead it squeaks. Ricotta is made from halloumi curds, so the two go hand in hand. 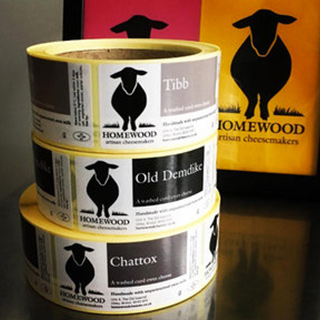 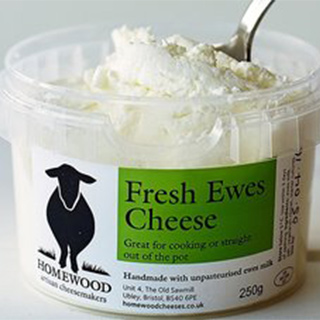